I realize that sometimes – although not really planned – I read per author (all of Armistead Maupin) or per theme (all about art deco). As a teenager I read plenty of  books on parapsychology. Checked some bookshops recently and anything on the topic seems hard to find now. Not surprisingly I did away with my collection some time ago.

Reviewing the two books I have read so far during my holidays, I seem to have fallen for memoirs. They are real life stories. 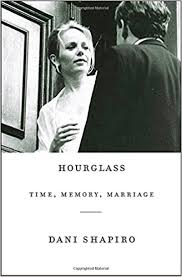 In “Hourglass. Time, memory, marriage” the celebrated writer Dani Shapiro looks back on the eighteen  years she spent with her husband. An adventurous war correspondent, who became the caring father of her now sixteen year old boy. Memoirs make you think of your own life. This autumn I will be twenty years the partner of my partner. The best friend of my best friend. Nothing better could happen in my life. We are an (almost) open book to each other – entitled to some secrets – but I wonder if I would ever want our “open book” to be published. I write a lot myself and publish them on blogs like these or deliver them in speeches, but I write in journals as well (with titles like “personal”, “seven x zen” or just “photo”) by means of therapy and want them to be closed. Sealed in my soul. Writing is creating order in my chaos, but in the reflection also creating chaos in my orderly world.

Perhaps writing-off-things was also the reason why Richard Ford produced “Between Them. Remembering my Parents”. How boring our lives may sometimes feel, our stories are rich. That was the core message of the book “Everything is a Story” I wrote some years ago. I think we all should write the story of our parents, because ultimately their story is ours. Capture whatever we have observed during our life with them or whatever they wanted to disclose. Read in between the lines. Read in between the two of them. Ford wrote about his mother just after she died in the eighties. Now he also wrote about his father and bundled the two in this book. 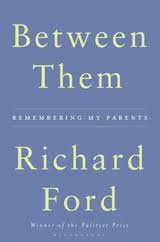 Writing is a process. Much of my writings happen in my head before I put it them on paper (or on screen). This blogpost was no different. And this morning when I picked up The New York Times (my iPad edition), this book cover captured my eyes : 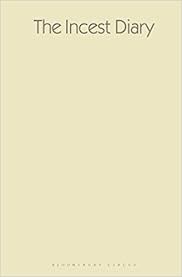 Another memoir it seems. A title, no author.

Here is what Dwight Garner says in the newspaper about the book : “In war stories, as in memoirs of abuse and genocide, a recitation of facts will suffice. In this book an anonymous writer tells the story of being raped by her father, starting when she was three. This prolonged sexual abuse continued throughout her childhood until she began, in a dire form of Stockholm syndrome to crave it”.

It is the memoir I have to read next. Just to realize that not every story is a happy one. That not all parents care for their most precious gifts.

Categorieën:books, me, myself and I, stories